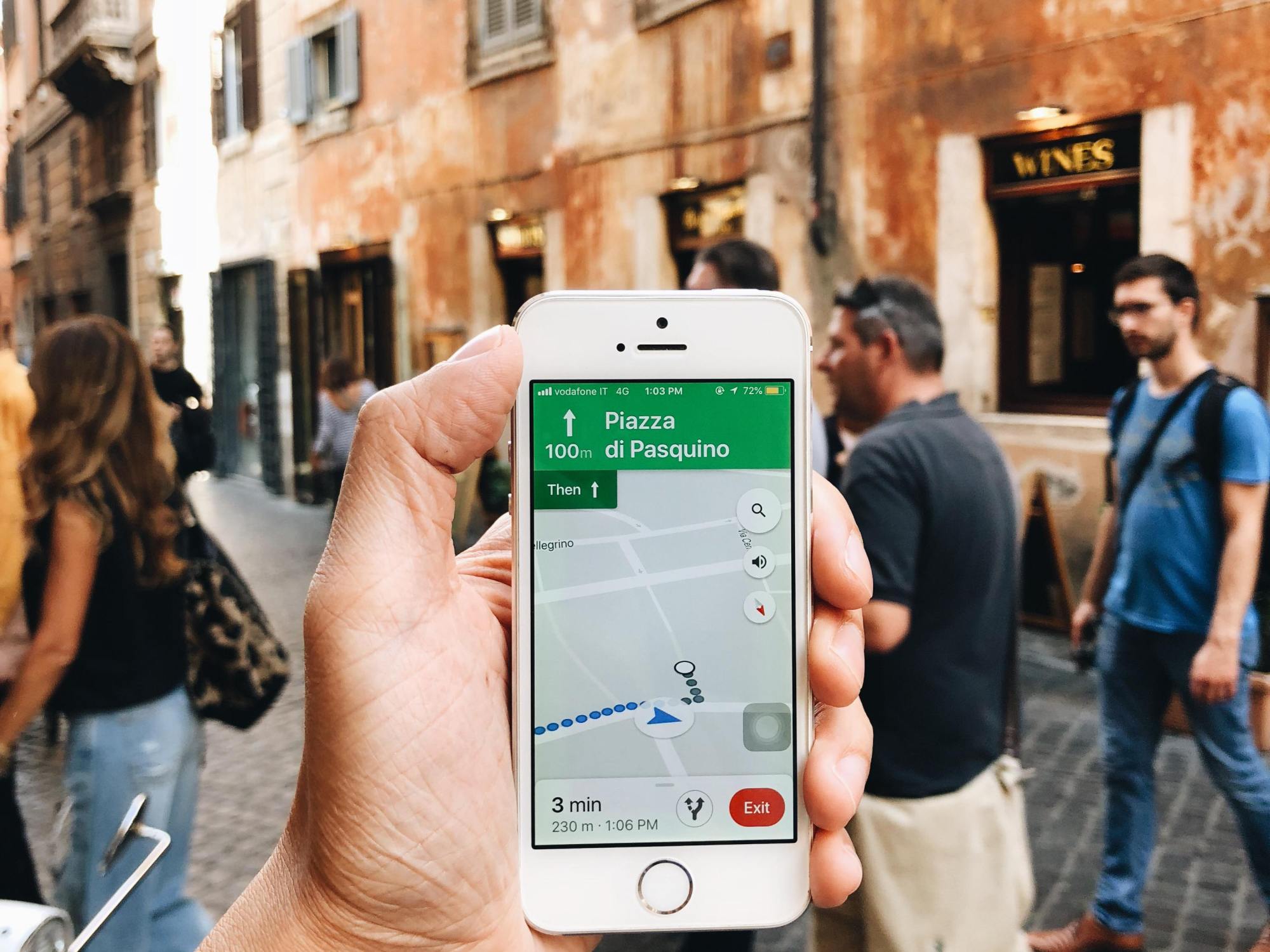 A pair of white sneakers go well with everything! Dress it up or dress it down. I should have not taken my leather shoes with me. I thought about dressing up for those nights I will be going out for a fancy steak and wine dinner by myself. Who was I trying to impress?! I was alone haha. What a mistake! Anyway, take only one pair of your most comfortable shoes with you because it’ll save you a lot of space in your luggage instead of taking other options that you wouldn’t wear haha. I suggest you get a pair of those white Reebok classic tennis shoes. I have those and it feels like you’re walking on a cloud!

No Cup Noodles for Fucks Sake

A couple of my friends know how much I (OK dislike, hate is a strong word) seeing people taking cup noodles with them when they travel. My friend, you can’t be serious. Stop being too stingy! You wouldn’t believe how cheap it is to eat in Europe or anywhere in the world actually! If you know the right places. A fucking croissant and a cup of coffee wouldn’t cost you more than 2 euro. Three plates of tapas and endless glasses of wine wouldn’t cost you 15 euro (in Prague at least lol). The money you spent on cup noodles could’ve gone to a hearty plate of carbonara or a fucking pizza. First of all, those damn noodles has a lot of sodium you do not need. Second, you could’ve used the space in your luggage for far more important things than your cup noodles. Whew, I just needed to let that out hahahaha.

Went to La Monte Carlo to eat Carbonara and Amaticiana. It’s a bit tricky to find because it’s in the small alleys of Piazza Navona. Thanks @tonixthethird for the reco.✨😍 #VSCO #VSCOcam

I hated taking the metro when I went to Barc(th)elona. It’s too stuffy, it’s hot, I couldn’t breathe and I think the metro in Spain is not well ventilated. I’m not sure? Maybe the weather was just too warm when I went. I rented a bike and I loved it! I paid 11 euro for  a whole day rent. I was able to go to a lot of places faster than taking a Metro. And even though I didn’t go to the gym while on vacation, I was losing a lot of calories haha (I think. Those damn bombas! So good). In my opinion, this is the best way to go around the city. You get to see places you wouldn’t see if you take an Uber or Metro. You know, those small artsy alleys and hole in the wall restaurants.

It is a fact that as you get older, life gets more comfortable because you get paid more than you did before in your early 20s (For corporate slaves like you and me at least). And you’re fine with paying a bit more for comfort, right? I love hostels! It’s cheap and you meet the most amazing people all over the world there. Downside is you stay in a room with A LOT of people. It can be uncomfortable and it’s difficult to get a full 8 hours when the guy on the top bunk bed is snoring like a boar. Trust me, I had a lot of weird hostel experiences and sleepless nights. I only pay for a room in an Airbnb, not the entire apartment. It costs a bit more but I have the room all to myself. It’s like staying in a hostel too! You get to hangout with your traveling housemates who stay in the apartment. Don’t forget to book super hosts on Airbnb! It means these guys have proven that your stay will be as comfortable as the others. One of the many things I like about it is I’m staying in an apartment of a local. They’ll give you recommendations on where true locals eat, the best clubs (the none touristy ones) and uncommon places to go.

This is my Airbnb in Lisbon. It feels like I’m browsing Pinterest but I’m actually here. So beautiful!❤️ #VSCO #VSCOcam

Please Do Not Book Ryan Air for Local Flights

This is a fucking mistake. The crew was rude! They look like they hate their job and they look like they just rolled out of bed. No, I’m serious. I paid for a “priority” plane ticket from Italy to Spain and it turned out it’s not any different from economy. The flight was delayed and the trash of the people from the previous flight were still there — gross! TAP Portugal is like Philippine Airlines and they are FAR way better than Ryan Air. The crew looked like they took a shower and they served good food…and alcohol….lots of alcohol. I took TAP for 2 of my flights in Europe and I am very very happy.

It’s Sunday and it doesn’t matter where you are in the world, there will always be FLEA MARKETS. I LOVE FLEA MARKETS. I love buying knick knacks and things I do not need in my life. Vintage clothes, friendship bracelets, home made wine, cheese and pastries. You name it! If you’ve been seeing my stories on Instagram, you probably think I’m annoying now. I mentioned the artisanal pastel rug I bought in Portugal many many times! Choosing the smaller luggage to travel with was a mistake. I told myself I wasn’t going to shop in Europe because I didn’t have anything in mind and I just wanted a vacation. Boy was I wrong! I shopped so much that I regret not taking the bigger luggage with me. I went to Trastevere in Rome because a friend told me about a flea market there, but I woke up in the afternoon and everything was already gone when I went haha. Maybe you should try to go! It looks fun when I researched it.

I went to the Sunday flea market and man I wish I had a bigger luggage. I love my artisanal Portuguese rug so much that I hand carried it to Prague. I’m scared to lose it!😂 #VSCO #VSCOcam

Airbnb Experience is a MUST

I know you can book classes and various group activities online cheaper than Airbnb Experience. But if you’re using the app for a place to stay for the entire trip, might as well make the most out of it, right? I booked a cooking class in Barcelona through Airbnb and I had the best time! We cooked Paella, got drunk on home made Sangria and ended the class with a dessert called Crema de Catalunya. It’s like creme brulee but way way better! Man, I thought Barcino Sangria was good, but since I’ve tasted the real thing, I realized the ones I’ve had before the trip are crappy mixed drinks. I also booked a photography class in Portugal BUT I wasn’t able to attend because I went out the night before. I woke up very very late and I had a miscommunication with the photographer. It’s nice that Airbnb customer service is very responsive and they reversed my payment on that Experience since I didn’t show up haha.

I had the best time cooking Paella and mixing Sangria in my class last night! I think I might be turning into a food snob now.🍷😭✨ #VSCO #VSCOcam

I bought two sim cards that each had 8GB of data, 500 mins of calls and some hundreds of texts BOTH for 30 euro. I suggest to buy the sim cards at the airport or in a Vodafone kiosk in train stations and malls. If you buy it from money changing stalls, they sell it for 40 or 50 euro each. I know you can rent a pocket wifi and pick it up from somewhere but I didn’t research much about it. Personally I think it’s better to have a phone that’s capable of doing real calls and texts than relying on the apps that need wifi haha.

Top  5 Travel Apps I Used to The MAX

My entire wardrobe is 80% Uniqlo and these are the best clothes to travel with! I suggest you buy those cropped slacks like pants! I forgot what they’re called but they’re made out of jersey material. I have it in every single color because they’re light weight and they never wrinkle. Dress it up or dress it down! Man those pants are so versatile. The pocketable bubble jacket is also a travel staple on colder seasons! I thought it wasn’t going to keep me warm in Prague but it definitely did haha.

1. Taking photos of the Klementinum library is not allowed but it’s stunning. (Google it) The viewing point at the top is amazing!👀 2. Trdelník with eggnog sauce inside! It felt like I gained 20 lbs after but who cares haha👅 3. Old Town is OK, too touristy for me.🤢 4. I love local artists! Took home some small watercolour pieces❤️ #VSCO #VSCOcam

I hope you learned a thing or two! Let me know if you’re able to use some of the tips I’ve listed here haha.